Jiu-Jitsu and the Silver Screen

Jiu-jitsu and the cinema have been intertwined for many years. Movie stars, directors, stuntmen, and women have trained jiu-jitsu and have taken their passion for the gentle art and put it onto the silver screen.

Whether the technique displayed is performed correctly or not, or if the actor or actress you see wearing a gi and a belt is a favorite of yours or isn’t, jiu-jitsu is beginning to be noticed and will only continue to proliferate in Hollywood. The following is four films that showcase jiu-jitsu. All of these movies might not be masterpieces, but it is certainly entertaining to see something that you love portrayed on the silver screen. 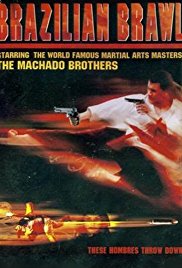 This movie was made as an attempt to bring Brazilian jiu-jitsu to the American public and to showcase the Machado brothers. In the movie, a poor farmer is being forced off of his ranch by a corrupt local official. The farmer resists and is eventually murdered, but luckily he is related to five Brazilian jiu-jitsu black belts who are intent on doing the right thing. Fairly early in the film the “Bad Boys from Brazil” showcase their skills in an academy setting while also (laughably) demonstrating what skilled instructors they are. Despite poor acting and low budget, this movie is definite must see for martial arts fans who are fascinated with BJJ. 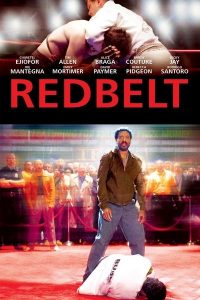 Written and directed by David Mamet, «Red Belt» came out in 2008 and tells the story of a jiu-jitsu academy owner struggling to make ends meet. A chance encounter brings hope to the protagonist, but betrayal and deceit force him into the ring to save his business and his marriage. Cameos by Dan Inosanto, Gene LeBell, Jean Jacques and John Machado, Enson Inoue, Randy Couture, and Ed O’Neill make it entertaining and still a must-see for any jiu-jitsu student. 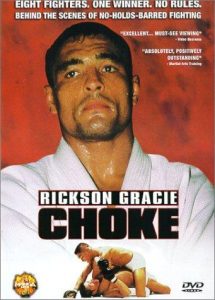 Choke is a 100-minute documentary that came out in 1999 and follows the training leading up to 1995’s Vale Tudo Japan. The documentary is a blatant showcase for Rickson Gracie but also dedicates some film time on two other fighters: Todd Hays and Koichiro Kimura. The documentary is well done and provides interviews with the three fighters, montages of training, and preparation for the tournament. There is film of the matches themselves along with backstage access. The documentary is an absolute must-see for all jiu-jitsu practitioners and a good look at a legend of jiu-jitsu. 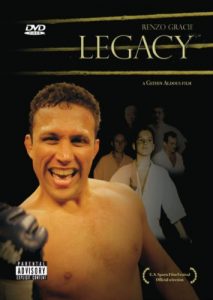 Renzo Gracie: Legacy is a documentary film, shot over a ten-year period that was released in 2008. The film begins with the fight between Renzo and Oleg Taktarov in 2007. The documentary covers a brief history of jiu-jitsu, along with covering the life of Renzo and his father, Robson Gracie. Footage of Renzo’s fight/riot with Eugenio Tadeu and coverage of ADCC 2005, along with The Rumble on the Rock fight and IFL (International Fight League) action make this an extensive and entertaining film. Overall, Renzo Gracie: Legacy is a quality documentary that took a lot of dedication to make. The material of the movie is extensive and can be enjoyed by both supporters and detractors of the Gracie family.

The DVD version of the documentary includes bonus footage of Renzo rolling with Mauricio Gomes (Roger Gracie’s father), also a short film on ADCC 2003 that includes many influential jiu-jitsu names, clips from ADCC 1998, and interviews.

Like
Previous Story:
Fighter who had his heart stop and got revived...
Next Story:
Stumps and a small clubbed foot can make wicked...